C is for CANADA PLACE 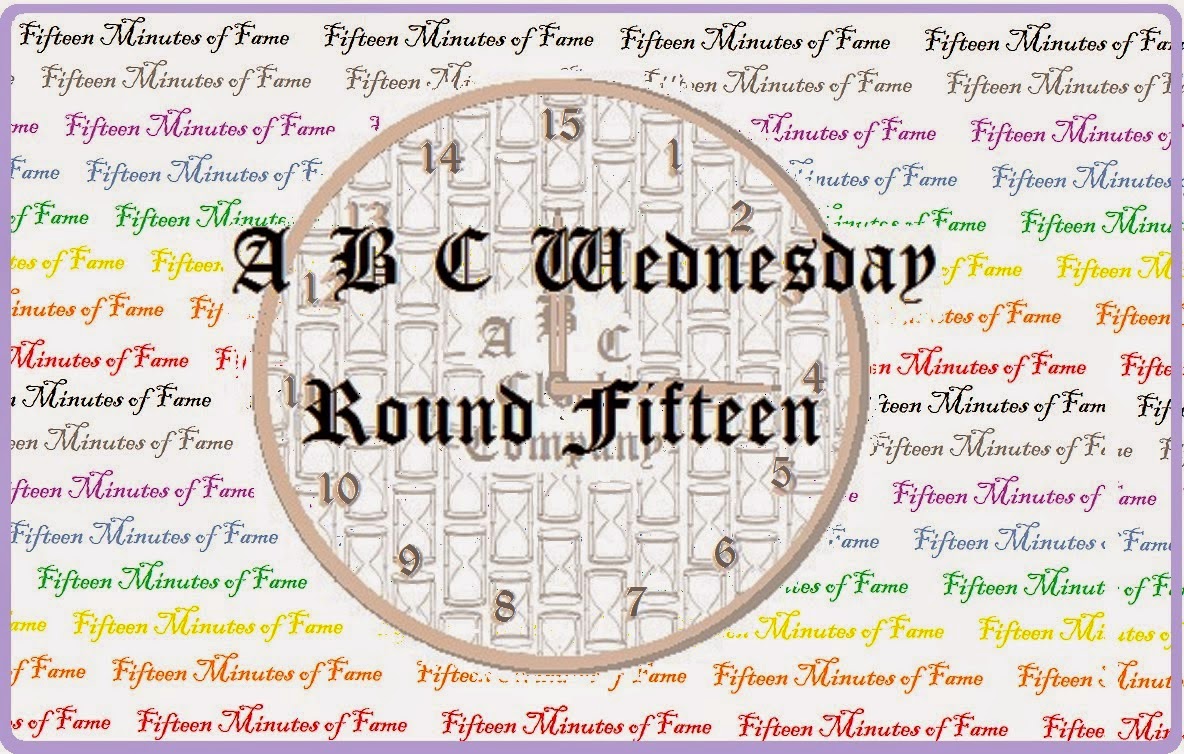 "Welcome to Canada Place, Canada’s inspiring national landmark welcoming you to Canada's Pacific Gateway on the West Coast. Canada Place opened in 1986 to welcome the world as Canada's Pavilion for Expo '86, and continues to welcome locals and people from around the world for Inspirationally Canadian experiences." from here

I boarded my first cruise ship here and headed under the Lions Gate Bridge on my way to Alaska. 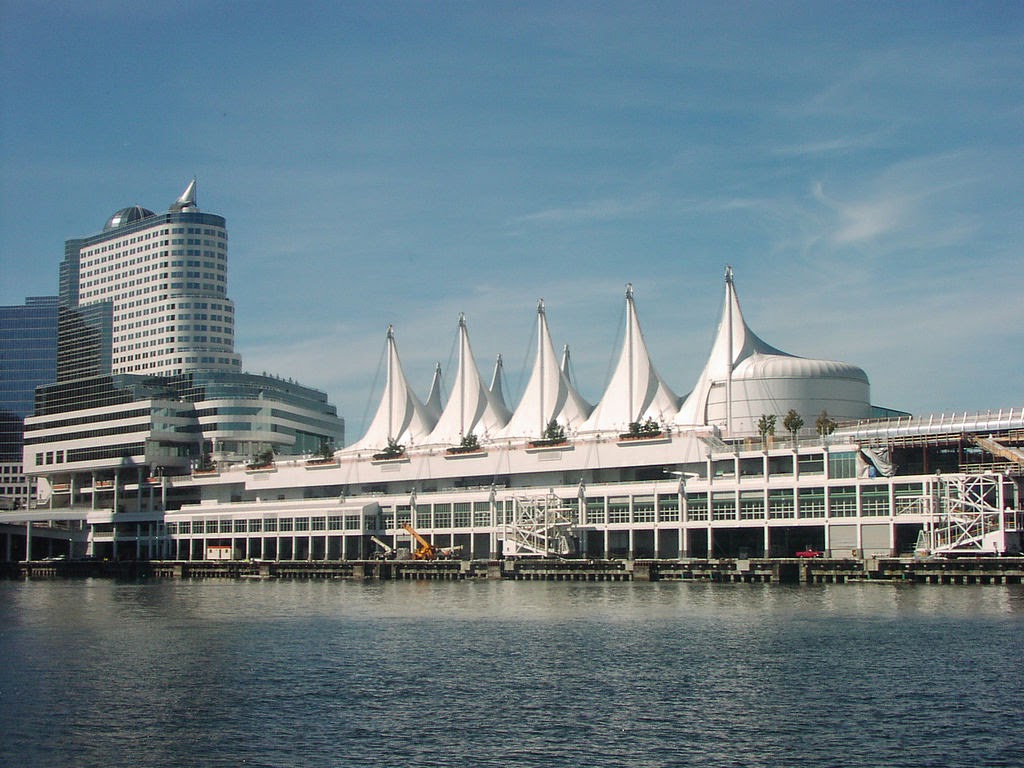 "The Cruise Ship Terminal at Canada Place welcomes upwards of 900,000 passengers each year. The 3-berth terminal can service up to 4 luxury cruise ships. The terminal is owned and operated by Port Metro Vancouver.  Each cruise ship that docks in Vancouver contributes approximately $2 million to the local economy. In 2009, the shore power initiative was completed enabling ships to connect to the shore-based electrical grid while docked. This significant environmental initiative is the first installation of this type in Canada, and only the third in the world." from here

The Five Sails is a Canadian symbol known the world over, just as the Sydney Opera House is Australia's iconic symbol.  This is my photo of the sails, taken in March 2011 when I took my daughter to a wedding fair at the Convention Center here. 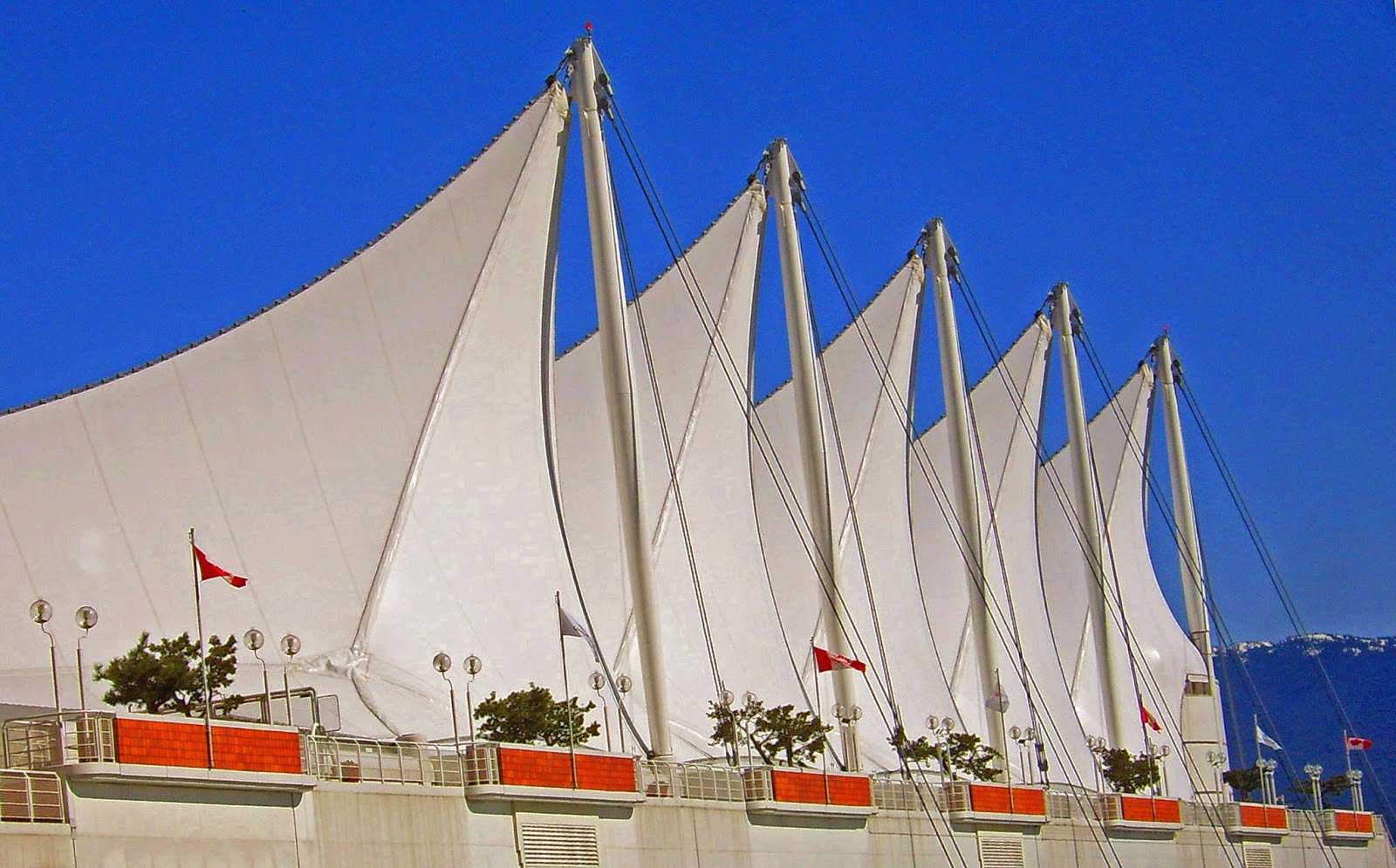 On Canada Day (July 1st) each year, many festivities take place here.  For example, there is a lumberjack show; a sports zone; a Canadian Forces zone; Canada Place Way where you can stroll through the convention center to see exhibits, sample goods, or play a game of street hockey; relax at Subway's Picnic Plaza; watch the annual Citizenship Celebration where new citizens become Canadians; and later watch the parade and fireworks show over the water. 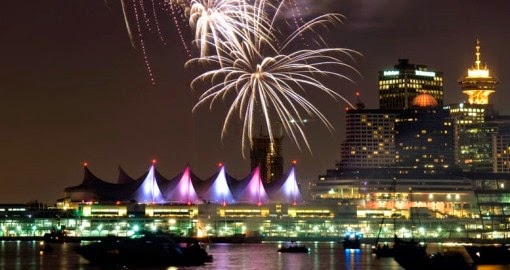 Speaking of the Convention Center, did you know that it has a green roof?  I mean, literally, it's made of grass.  My husband Lorne works here from time to time and has actually walked on it!  Amazing! 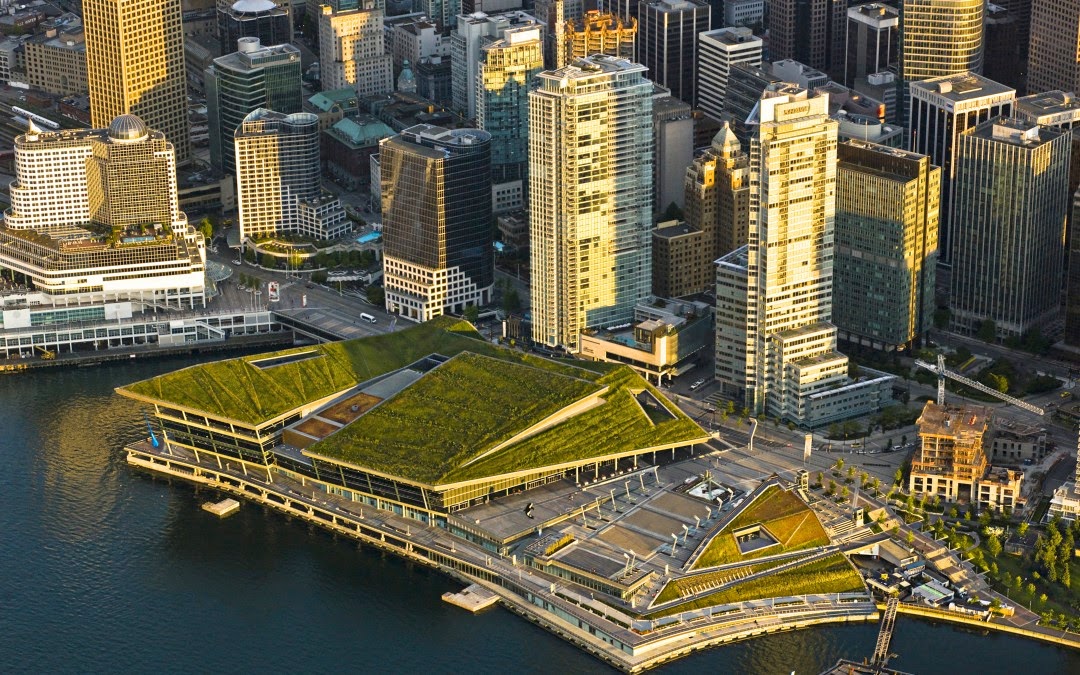 When Vancouver held the Winter Olympics here in 2010, the Olympic cauldron was placed in the west plaza of the Convention Center at Canada Place.  In this photo, you can see the mountains to the north. 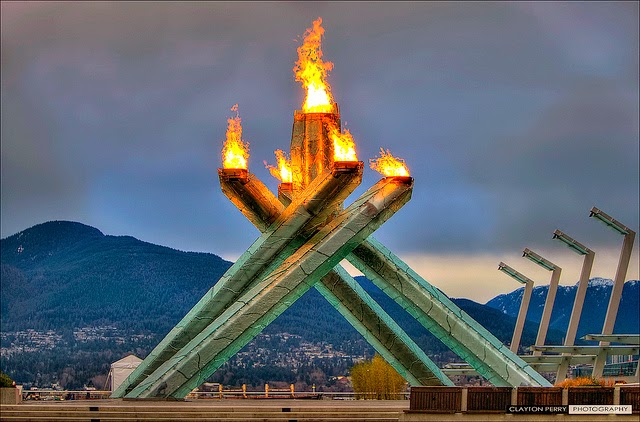 Because Vancouver is well known for its rain, (which, by the way, is a gentle rain as opposed to what I've experienced in other areas of the world!) a sculpture of a rain drop was installed along the sea walk at the Convention Center.  As well, Vancouver is known for its Orca Whales and a sculpture by Douglas Coupland was installed nearby in 2009.  It is known as the "Lego Whale" or the "Pixel Whale." 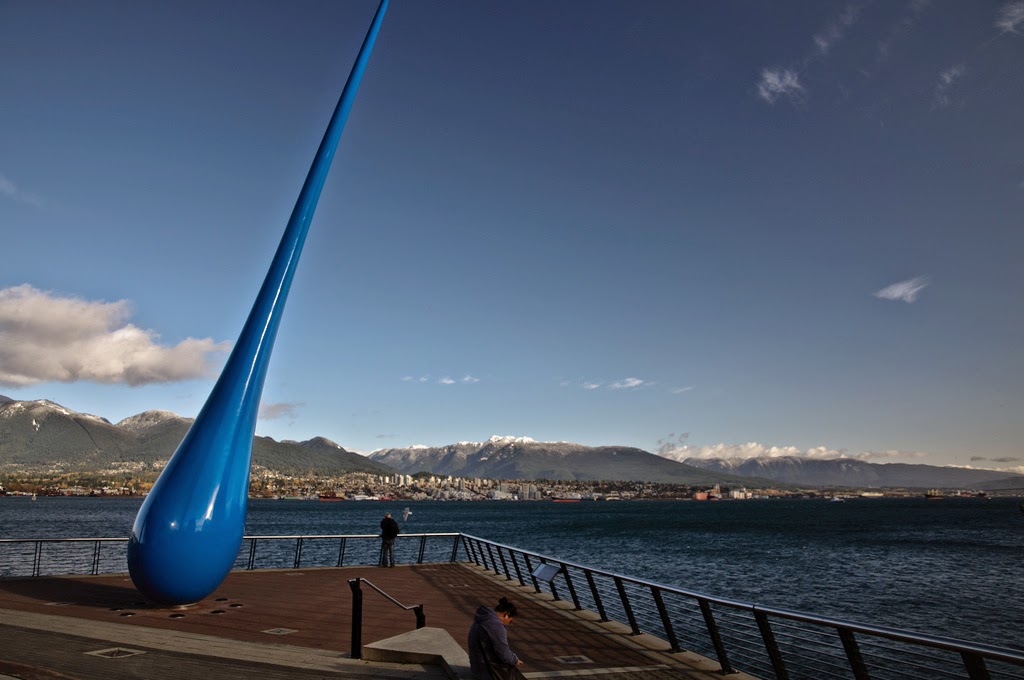 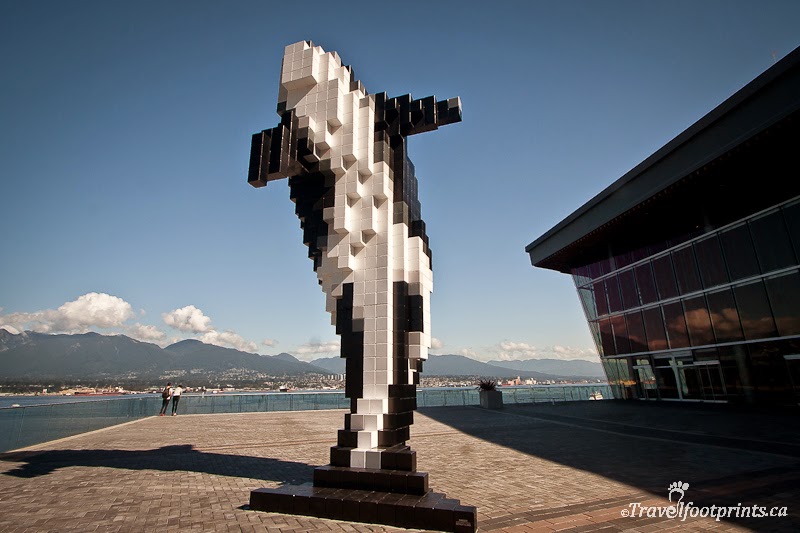 I hope you enjoyed the photos, mostly from Mr. Google, this week.  If you're planning on visiting Vancouver any time, Canada Place is an absolute must.  From there, you can cross the water to see Stanley Park or stay on the same side and walk along Robson Street to see all the famous shops.

Be sure to think of and thank the charismatic Mrs. Nesbitt, the creator of ABC Wednesday and our conscientious Roger, our administrator.  Also, remember there is a team of contributors who regularly visit each and every post to leave courteous comments.  Please consider being a part of this team by contacting Roger.  Thanks!
Posted by Leslie: at Monday, July 28, 2014

I love this CITY! I'll have to visit it someday...

I visited Canada a decade ago and the sight of the gorgeous Niagara Fall is forever etched in my memory.

Great photos!
Please share your photos at the new home for Wordless Wednesday (on Tuesday) at http://image-in-ing.blogspot.com/p/other-wordless-wednesday.html. I hope to see you each week!

Loved all the pics & info, Leslie.
Yet to visit Canada...

Sitting in my hotelroom in Germany, I try to answer all the comments. I enjoyed seeing your photos!
We have had a lovely holiday in the land of the grass roofs, that is Norway. Theoldest houses, barns and other farmbuildings have grass roofs made of 7 layers of turf. One problem people have to keep the grass short and take young trees out of it.

I'd say that's a perfect choice for the letter C! I am long overdue for a proper visit to Vancouver. Thanks for inspiring me...

What a wonderful place to live Leslie Vancouver has it all.
It's made want to visit even more now,
Terrific collage and well compiled.
Thank you again for sharing part of your wonderful City with us.
love Di.xx

I am extremely impressed with the green roof!!! Thanks for a great post, Leslie. It's ages since I've been to Vancouver.

Ooh, I took a photo of that rain drop sculpture, but didn't know it was a rain drop...love your informative piece ♪ http://lauriekazmierczak.com/cone-flowers/

Leslie, I will have to question myself if I indeed visit Canada? :)...perhaps time to visit again with a fresh mindset...all shots are AMAZING...but I love the Olympic cauldron pic the most....beautiful pic...

(If you posted the cauldron also as a sculpture) The cauldron is my favorite:) The five sails are such a beautiful symbol!

Wayne and I wandered over to Canada Place on year while we were waiting for an appointment downtown. It is a very impressive sight. - Margy

Impressive architecture and sculptures and interesting choice for the letter this week.

Canada Place looks spectacular. I've always wanted to go there, we are planning an Alaskan cruise in the next few years and hopefully can travel that way too.
Ann

Canada Place looks spectacular. I've always wanted to go there, we are planning an Alaskan cruise in the next few years and hopefully can travel that way too.
Ann

Beautiful place. I too boarded my Alaskan cruise from there. And the view while the ship sails away from the coast is pretty spectacular.

I thoroughly enjoyed my virtual tour of Canada Place with all it's gorgeous architecture and artwork. I was also amused by the fact that the Convention Center has grass growing on its roof. Happy ABC Wednesday and Blessings!

Hi Leslie, yours is a beautiful country. I had the good luck to visit some landmarks here a few years back and enjoyed every moment.
Thanks for the extensive information and the remarkable pictures!!!

Great shots. I appreciate learning something new today - Five Sails. A former schoolmate is asking when do I visit Canada. Soon I hope.

It is certainly beautiful!

Lovely photos, I love all the sculptures!

Most impressive! Great collection of photographs.

Love the first photo it looks as though it could break free at any moment and set sail. What a scenic waterfront to wander along with so much to see.

We've Cycled by Canada Place and along the side of that wonderful green roof many times lately, so I especially loved your post. The google photos were great, but so was the one you did of the sails. Great post, Leslie!

Having read Microserfs, I already knew that Douglas loves his Lego but, tell me, have you stuck any gum yet on his giant head?

I forgot Canada, my host country when I was a young university student.

I miss visiting Vancouver! So beautiful - I remember catching the Seabus near Canada Place to go visit my Aunt in North Van - wonderful climate and just great for outdoor activities. Thank you for bringing back these memories for me!