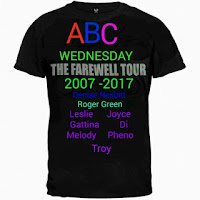 Lately, I started thinking about girlfriends I've had over my lifetime, girlfriends that I never see or hear from anymore and girlfriends who are probably grandmothers like me now. It's true how, as you grow older, life flies by at a rate that seems to surpass the speed of light.

It seems like only yesterday that I was maid of honour to Di on her wedding day in October of 1970. She moved away and gradually the friendship dwindled away to the occasional email.  It doesn't seem that long ago that another friend shared the process of first pregnancies with me through the summer of 1976. We both had daughters and shared the first few years of their lives together. Now I don't even know where she lives.

Then Margaret came into my life. She lived behind me across the fence and had three children roughly the same ages as my two. What a wonderful woman she was as she took care of my two when I was called in to substitute teach. She was a second mother to my little girls until I realised that I wanted to be the only mother they had, so quit working altogether. We kept in touch even when she moved to another community, but the friendship gradually faded away.

One Linda came into my life as a result of our both becoming single again and we hit it off. But over the years, I found her to be controlling, obsessive, and paranoid. Although I felt sorry for her and her circumstances, she was dragging me down, so I finally stopped all contact. Another Lynda was a co-worker and we'd make dinner for each other once in a while and share stories about our kids and our past marriages. When I moved on to go back to teaching, we stopped seeing each other so often.

My friend Kathy (with a K) was the first of my friends to die. That sounds so blunt - maybe I should say she "passed away" or "was called home to the Lord." But cancer ate away at her for almost 20 years and that insidious disease finally won the battle.

It's not as if I stopped liking these women or that they stopped liking me. I think that our lives change and evolve as our circumstances change. We make friends according to what's going on in our lives at the time. When we're newly married, we socialize with other newly marrieds. When we have children, our lives revolve around our children and so we meet other parents who are going through similar circumstances. School, soccer practise, dance recitals, skating and swimming lessons find parents sitting in the stands or on the sidelines and we get to talking.

It's the same with people you work with, but when you leave your position for another job or to retire, you realize that the majority of these people, nice as they are, aren't true friends.  And if you are not married (like me) it's even harder to make new friends.  (Please don't suggest church, exercise classes, or clubs - been there, done that, and it doesn't help.)  I love to travel but it gets very expensive when you have to stay in a hotel on your own.  And the friends I do have either can't afford it or aren't interested in the same places I am.


Anyway, over the years, I have developed friendships with some women who live halfway around the world from me, and I wish that I could see them more often.  Even though social media has become more and more common so that it's easy to "message" each other, stay in touch via Facebook, Skype, or face chat, it's still not the same, is it?  Where did the days go when we would drop over to the neighbour's or have the neighbour over for coffee or tea, go for a walk around the block with the kids, even go out to a movie or a meal with a girlfriend?  Since my friend Cathy (with a C) and I retired, she does a lot of volunteer work through her church and I continue to do tutoring. But we make a point of going out for breakfast at least once a month to catch up and it's great.

So, as the years fly by at light speed, as friends come and go, as we age, and as we gain or lose friends or family, I hope and pray that I will be able to continue to live fully and happily to the bitter end - alone or not. Anyone else feel this way?  And do men experience the same type of thing?

In the meantime, I will continue to dream of more life adventures until the day I leave this world! 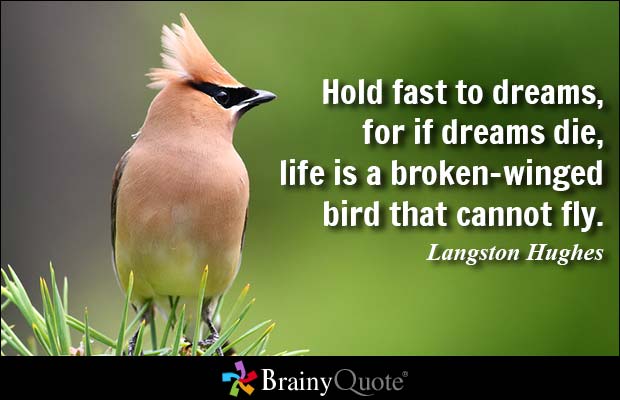 This post hit me squarely between the eyes.
I have felt the very same way about those who were my "best friends".
One woman, who was my Maid of Honor 53 years ago, recently died.
We had not kept in touch. she didn't like my simple home life life style and I really didn't care for her's either.
It was still a shock to find she was no longer here. It was months after the fact. Makes me wonder sometimes how we can be so close and then so very far apart.

You decribe my feelings of late too here Leslie... I've started thinking about that since a little over a year ago when one of my best friends, since childhood, died at the age of 58... Sometimes I think, Its is good as it is and sometimes I think: I should go searching for them ...

Life indeed goes with a very large speed...as older as we get as faster as it goes.. it seems... So every now and then, I think, we should stop and think about what we are doing, what we want and what we need...

Oh, yeah. TRUTH. Friends who fade away, friends who die. My first was Raoul when he was 35 and I was 30. Died of an asthma attack, which is a really STUPID way to go.

Treasure your friends while you have them, - I have one dear 'kindred spirit' friend who was my bridesmaid 72 years ago (yes, we are both in our nineties) but alas, I can count the other old friends who are still alive on one hand...memories are sweet, but eventually no one to share them with...

Wonderful post ~ and I agree times flies right on by ~ and friends do too ~ could relate to everything you said especially the ending ~ Gad life is such a gift yet so short ~ thanks,

Ahhh, I appreciate your honesty and openness in this post about friendship. Some of my friendships have survived because of moving away from them during the raising children stage. People raise kids differently and it was easier to stay friends without being around them too often until all our kids were older. For me since I have soooo many siblings I still have them to fall back on when my other friends fall away for whatever reason. It's sad to see good friendships fall off in different stages of life. Hope your Spring is starting off nicely Leslie!

someone in my life just suddenly died. i'm in denial. weird that u put this up.

This post feels like you have read through my thoughts yesterday. Exactly what I was mulling over are the sentiments you have here.

This is so moving.. we experience many different changes in life, but we have to keep living, and dreaming..

Great introspective thoughts in a retrospective mood!
Ah..those were the days when friends used to drop in at each other's places without fixing appointments..gone forever..!

I am very faithful concerning friendships and am still in contact with my friend in Germany since 1951 ! I just visited her last month. My best friend here died in 2009, but I still have two others with whom I go out regularly.

I have a broken-winged friend right now, so this Langston Hughes poem brought tears to my eyes.

Thank you for all you do for ABC W! I wish more of the city daily photo community were involved. It is fun to A-Z one's city.

Your post went straight to my heart, Take Care xx

very moving posting Les, I share all your above notes with such similarity. You have touched a universal cord especially for our age as women. We have busy lives raising children and looking after spouses. Then we age, and friends are gone on to other things. I did find my old friends on Facebook and I am thankful for that but it is not the same thing. Social media is a virtual thing. We are all friends as bloggers in a blog group but we cannot shake a hand or hug one another. In my mother's time her friends came for coffee each day....that was a different world. Such a wonderful posting Leslie. Have you ever thought of writing a book? You can express yourself so well and even can express the emotions of women as we all age. Anyway I send you a hug.

This is a LOVELY touching and emotive piece of writing Leslie and it hit's the nail on the head!
I can count a large number of friends who have passed through my life, some of them have been good, some bad, some downright awful;
The awful friend was the one I looked after when her marriage was falling to bit's, she repaid me by having an affair with my ex husband....nice !
I have made some LOVELY friends too, over the years, including you dear Leslie.
love Di.
ABCW team.

Ooops ! apostrophe overload.. hits... not hit's.
bits... not bit's.
I blame the medication as I had to take an extra
dose of Oramorph in the middle of the night, now
I am nodding off over my Lap Top.
Pip Pip !

Very true, how many friends are made at different times of life and then loose touch in so many ways. I think it is easier in some ways now as in the past I've lost touch as people moved around but at least there is email nowadays.

True Leslie.
Our lives do evolve & people come & go.
Let's keep our dreams alive.
You are most welcome to India. You can stay in my home,so no hotel bills for you :) Please plan & let me know.

Regardless of Ideally the contemplations we have for you directly here will help to situate your musings calm, and lead to more joyful, more secure outing whether you are leaving city for an end of the week escape, or turning away to a remote area for a considerable length of time, voyaging carries with it a specific amount of issues and fears..
आप की न्यूज़