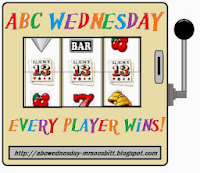 Happy New Year everyone!  I thought really hard about what to write this week and after reading an article in our Vancouver Sun newspaper, I thought I'd share some "Canadianisms" that leave other English speakers confused. 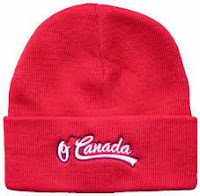 2. Toque - Canadians wear toques for half the year (well, not in my little corner of Lotusland).  They're knitted caps. By the way, it's pronounced "tooook."

3. Freezies - These are popsicles that come in a plastic sleeve.  Kids everywhere in Canada beg for freezies all summer long.  Moms buy them in cases and store them in their garage freezers. 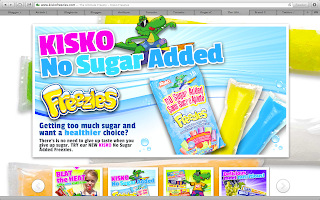 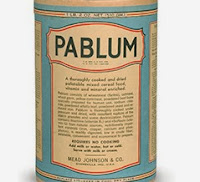 4. Pablum - This is a food product made of a mixture of bone meal, corn meal, vitamins and grains that you mix with warm water to feed babies.  (Of course, one could also use "Pablum" to refer to Justin Trudeau's speeches as he tries to garner support for the federal Liberal party but that's another story.)

5. Parkade - In the United States, these are called parking garages or parking decks.  They are multi-storied areas in downtown - where you park your car so you can shop at the adjoining mall. 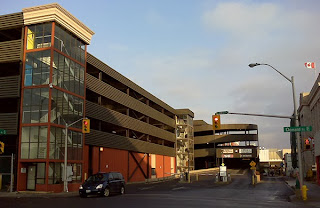 6.  Pencil Crayons - Americans call these "coloured pencils" and the British call the "colouring pencils." It's possible the term came from the French "crayon de couleur." 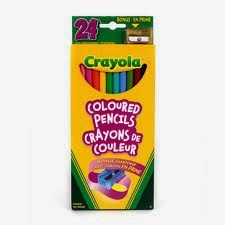 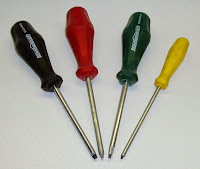 7. Robertson screwdriver - This screwdriver was invented by P.L. Robertson (from Ontario) and is superior to its Phillips-head cousins.  Only 16% of Commonwealth people and 5% of Americans recognized the name.


8. Hooped - 54% of Canadians use this term to mean "broken" or "useless" as in if your car's engine is seized, the car's hooped.  This is purely a western Canadian expression. 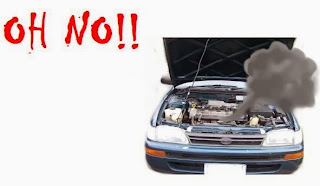 With that, you start out the New Year with a bit more trivia to add to your repertoire.  Hope everyone has a wonderful 2014. 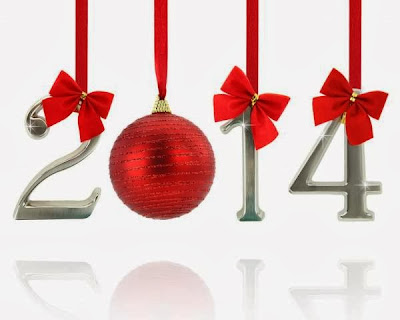 Thanks to Denise, Roger and the entire team at ABC Wednesday for their hard work and support.
Posted by Leslie: at Sunday, December 29, 2013

I knew toque from the McKenzie brothers singing the 12 Days of Christmas.

I knew toque from the McKenzie brothers singing the 12 Days of Christmas.

My SIL's partner will love this - him being a Canadian now here in UK. xxxx
Happy New Year Leslie xxxx

And wishing you 2014 bring continued good health, peace, joy and all you might wish for.

Delightful words I had never heard before.
Isn't it strange how we tangle the same words into different meanings?

Here's wishing you a wonderful, peaceful and healthier new year.

I knew 'toque', but I would have pronounced it with a long 'o' as in "go." mea culpa! or "my bad" as the youngsters say. If only I could remember all you shared...
I love the differences in the English language which depends on where one lives.
Back in the olden days of my undergraduate studies, I had a linguistics class. Our teacher would have us to define words in order to tell us where we grew up. ie. I was born in southern Indiana, but raised in central Indiana. And he was spot on for me!

I knew some of these but others were new to me. Happy New Year!

I need to brush up on my Canadian, eh. Happy New Year from An Arkie's Musings

Very interesting, and glad to get the correct pronunciation for Toque. We get Pablum from our politicians, too!
Happy New Year!
Lea

I love the word hooped, maybe I'll try and use it!!
Ann

I like the word freezies, a perfect description. I always love learning new words like these. You are right about the coloured pencils use in the UK but to confuse we do use the word crayon, but only for the waxy type.
Happy New Year.

Hi Leslie, wishing you from sweltering Oz a happy new year, and hopefully a better year in respect to your health situations.

Ohh Lots of new things for me, interesting to read :)

Thank you for the lesson! HNY, Leslie. xx

I knew only the screwdriver.
Happy New Tear!

no toook here, we wear a beanie. Must be so cold how.

Loved the lesson Leslie, think more of these would be fun :-)