This is a repeat of a post I did way back in September of 2005. But, it's a good one and it helps me on rainy days like today. 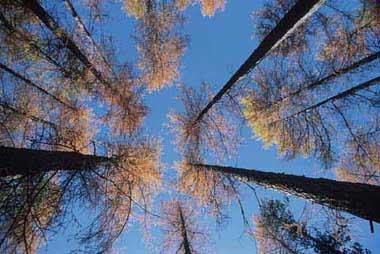 An American decided to write a book about famous churches around the world.For his first chapter he decided to write about American churches. So he bought a plane ticket and took a trip to Orlando, thinking that he would work his way across the country from South to North.

On his first day he was inside a church taking photographs when he noticed a golden telephone mounted on the wall with a sign that read $10,000.00 per call. The American, being intrigued, asked a priest who was strolling by what the telephone was used for. The priest replied that it was a direct line to Heaven and that for $10,000.00 one could talk to God. The American thanked the priest and went along his way.
Next stop was in Atlanta. There, at a very large cathedral, he saw the same golden telephone with the same sign under it. He wondered if this was the same kind of telephone he saw in Orlando and asked a nearby nun what its purpose was. She told him that it was a direct line to Heaven and that for $10,000.00 he could talk to God. "O.K. thanks" said the American.
He then traveled to Indianapolis, Washington DC, Philadelphia, Boston and New York, then on to Portland and north to Seattle. In every church he saw the same golden telephone with the same $10,000.00 per call sign under it.
Upon leaving Seattle, the American saw a sign saying "Route 5 North to Vancouver CANADA" and decided to see if Canadians had the same golden telephone.
He drove for awhile and finally arrived in Ladner, BC. Sure enough, there again in the local church was the same golden telephone, only this time the sign under it read 25 cents per call. The American was surprised and so intrigued that he asked the church's pastor about the sign.
"Father, I've traveled all over America and I've seen this same golden telephone in many churches, I'm told that it is a direct line to Heaven, but in every state the price was $10,000.00 per call. Why is it so cheap here?"
The priest smiled and answered: "You're in Canada now son, it's a local call."
Posted by Leslie: at Monday, June 18, 2007

Thanks for the laugh Leslie. Do you think we are having the big flood?
regards
jmb

hi leslie, i remember when you did this post too. it's was cute then, and it's still cute now. by the way, the call is free in my home. hmmmmm

Leslie....it wasn't rainy here today...sun was out and it was warm....you have to cross over the pond and you and Josie come pay me a visit.....wouldn't that be fun!!!!That will brighten your day....well at least I hope it would....

Leslie, I love this. I love it. Love it. Also love heiresschild's comment. To be really correct, when we call God its always on reverse charges. Is it refered to as "call collect" in North America?

Did I say that I love it!

Too good Leslie...loved this!...thanks for posting again. You made my day.