I've learned a lot about my Dad in the last several years. It's helped me to understand him as a person, not just as my father. He was lucky not to have had to go overseas during WWII, but he was a pilot in the Royal Canadian Air Force training other pilots and patroling the East Coast of Canada for submarines and enemy aircraft. He never talked much about the war until recently and it's been fascinating to hear his stories.

On Christmas Day, my daughter was showing Dad the wonders of the internet. He was amazed when she pulled up the 1946-47 photograph of his soccer team. Dad was a local athletic hero back in his younger days. We have many newspaper clippings from the Vancouver Sun Sports pages extolling his skill on the soccer field. Bookshelves proudly display his medals, trophies, and framed photos. He then became a linesman and referee, and ultimately, Northern Commissioner for the province of BC. He was also instrumental in modernizing the referees' uniforms, changing them from the black and white stripe to basic black with white collar. In 1987, the St. Andrew's Soccer Team was inducted into the BC Sports Hall of Fame. It touched my heart as I watched the memories flooding back to him.

"The 1946/47 season saw St. Andrews win every competition they were eligible to enter. Consequently, they brought home the Anderson Cup, the Mainland Cup, the Pacific Coast League Trophy, the Nanaimo Perpetual Trophy, and the Dominion Football Association Trophy. The team won the 1947 Dominion Cup for the Canadian Soccer Championship. The Cup final was played at Callister Park in Vancouver before the largest crowd (7,533 spectators) in Canadian soccer history. It was the first national championship for the forty year old club." (from the BC Sports Hall of Fame http://www.bcsportshalloffame.com/cgi-bin/search.cgi?team_id=23&stype=searchsport&keyword=&type=ind&sport_id=18&year_=1987&category_id=team

I remember Dad blasting on his referee whistle to call us kids to come home from whatever we were doing in the neighbourhood. I also remember going to soccer games around Vancouver, especially Callister Park. We kids loved Callister Park because it had bleachers and a refreshment stand. We'd run up and down the steps and around the outside of the stadium, stopping for a hot dog and a pop when we got tired. At outdoor parks, we'd play on the swings as my Dad ran up and down the field blowing his whistle, making weird gestures, and waving flags. Before the games, my Dad would always tell us to stay out of the way if a fight broke out. That happened frequently when the Italy and England teams played. We weren't really interested in the games and didn't understand such things as "penalties" or "offsides" but what was important was that we were with our Dad.
Posted by Leslie: at Tuesday, December 26, 2006 10 comments: 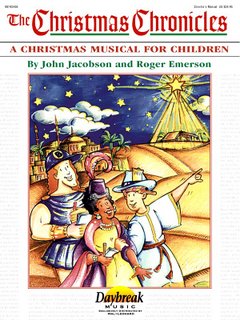 Yesterday, December 19, I attended my former school's annual Christmas musical. This year it was entitled "The Bethlehem Chronicle," about a newspaper that was in big trouble! If subscriptions didn't increase, the paper would be shut down forever. Now it was up to Scoop Early, Sally O'Callahan and Rock Gibraltar to search for the biggest news in Bethlehem to help save the paper. Add a heavenly host of angels and shepherds and there was a miracle!

It was such a treat to sit back, relax and enjoy the show this year. I know just how hard the teachers work to prepare the children every year and for me, without having all that work and worry, I was able to look at their smiling faces and listen to their heavenly voices as the story and music unfolded. When my former students saw me sitting up there in the front row (right behind their teachers as they directed the show) it was so gratifying to see them smile right at me and wiggle a little finger (even though they weren't supposed to). After the show, so many little ones came running up to me to give me hugs and kisses and to wish me Merry Christmas. I even went upstairs to visit a few classrooms. Many parents asked how I was doing and I truly felt missed. In some ways it was difficult to be there and not really be a part of all the activity and excitement of this holiday season, but in reality I know I made the right decision at that time.

Kudos to teachers for all the extra hours they put in to organize these annual events for parents, grandparents, other family and friends. Parents would be astounded if they knew just how much it takes to prepare for these "little school Christmas concerts." Teachers put in so many extra hours making costumes, putting up lighting, learning how to do sound systems, directing and prompting the actors, choreographing the dancers, putting stage makeup on the main actors, writing and producing the programs, arranging for refreshments after the concert, and I could go on and on. And huge kudos to the Music teacher for pulling it all together to make sure that all children's eyes are on him/her for musical cues.

I thank God I was able to attend. I encourage all parents to go to these concerts with an open heart. Praise your child's performance and especially thank the teachers. They will love you forever and know that their efforts do not go unnoticed.
Posted by Leslie: at Wednesday, December 20, 2006 6 comments:

MARY DID YOU KNOW? 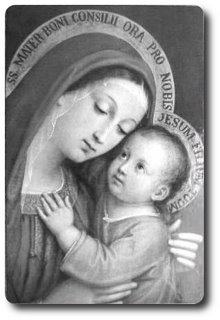 This song is one of my absolute favourites at this time of year! I first heard it almost 10 years ago when our church put on its annual Christmas musical. I was singing in the choir and two of the church's best singers (one man and one woman) sang it as a duet. Please listen to the words, sung here by Clay Aiken, and feel the power there. A very Merry Christmas to all and a Happy Hannukah to my Jewish friends.

The blind will see.
And the deaf will hear.
The dead will live again.
The lame will leap.
The dumb will speak
The praises of The Lamb.

It has been a long, long time since the real Santa visited our family. But now that my grandson is just about 3 years old, we are all really into the season. The little guy is so excited about his upcoming visit to the jolly old soul, he's practising with his Mommy (my #1 daughter). He sits on her knee and says to her, "Now, Mommy, you be Santa." So Mommy says, "Ho, ho, ho! What do you want for Christmas?" "A yellow truck!" he proudly proclaims. The smile never leaves my face when I'm with him, thinking about him, or just looking at his picture. He has given me more joy than his parents can ever understand - that is until they have a grandchild, too. Christmas is going to be very jolly this year, indeed!
Posted by Leslie: at Wednesday, December 13, 2006 8 comments:

A Few More Not For Me 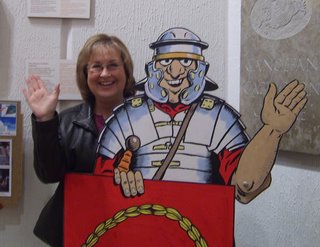 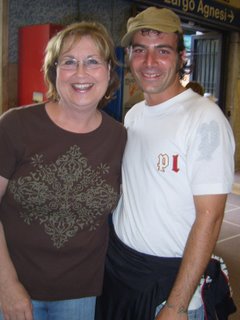 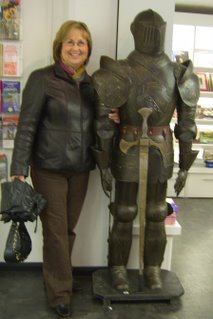 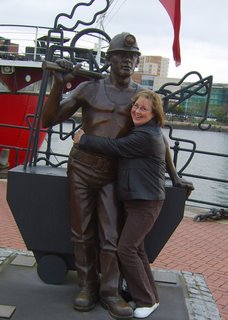 Not cuddly enough
Posted by Leslie: at Saturday, December 02, 2006 7 comments:

Good Men Are Hard to Find

In my recent travels, I met some wonderful men. Here are a few of my favourites. The only problem was that they just aren't for me! :( Where are all the good available men these days? 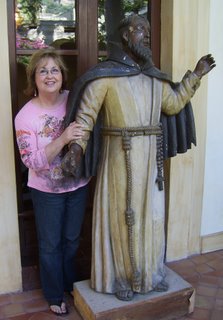 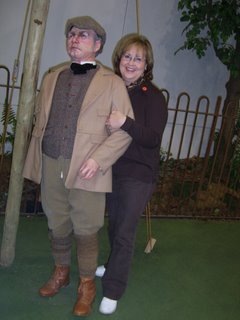 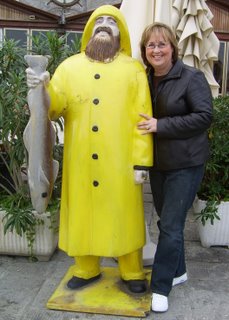 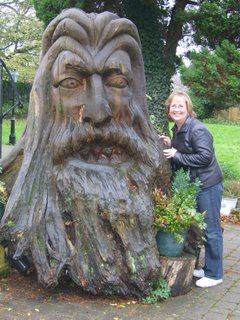 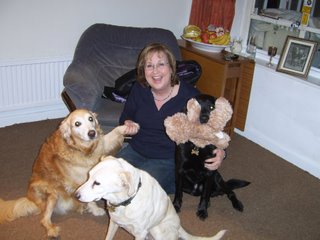 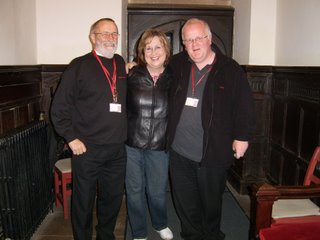 Then you find some REAL men and find out you're probably related!!!
Posted by Leslie: at Friday, December 01, 2006 3 comments: