H is for HOLY ROSARY CATHEDRAL

The Metropolitan Cathedral of Our Lady of the Holy Rosary, commonly known as Holy Rosary Cathedral, is a late 19th-century French Gothic revival church that serves as the cathedral of the Roman Catholic Archdiocese of Vancouver.  Not being Catholic, I've never visited the cathedral, but after having researched it for ABC Wednesday, I must make a point of going to see it with my own eyes.  Apparently, the church doors were officially opened on December 8, 1900, and it was officially declared a cathedral in 1916.  These are the dimensions of the building:

This is an aerial view of the cathedral and it's really quite something to see in the modern downtown area of Vancouver. 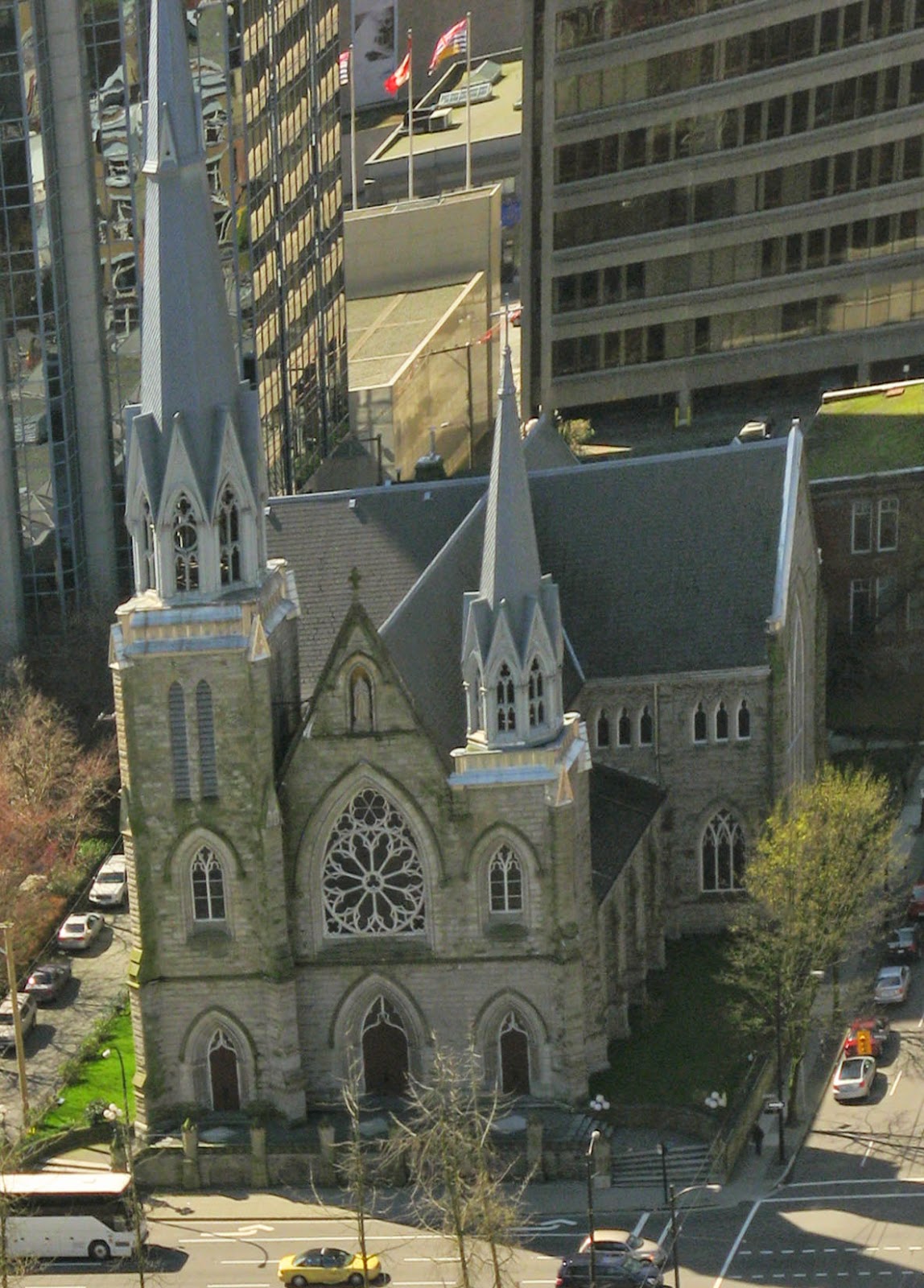 From the front at ground level, this is the view: 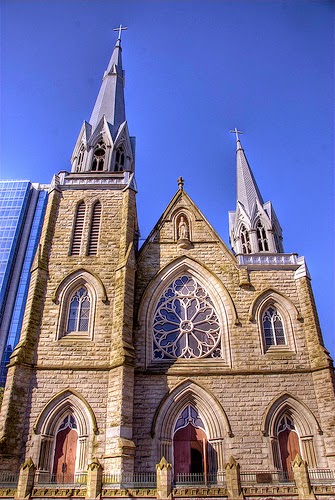 Handsome building, eh?  Here are some photos of the aisle, altar and pipe organ.  By the way, all photos are courtesy of Mr. Google. 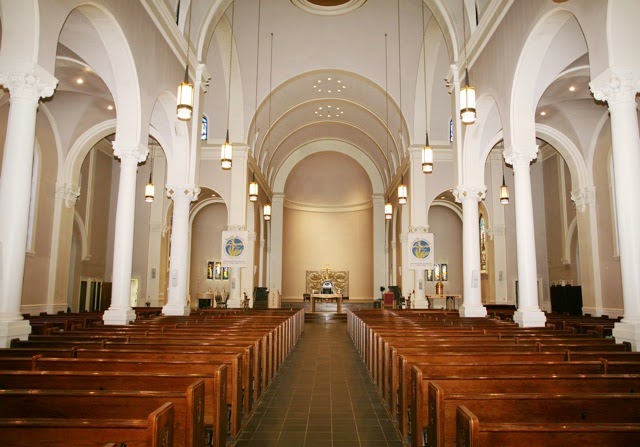 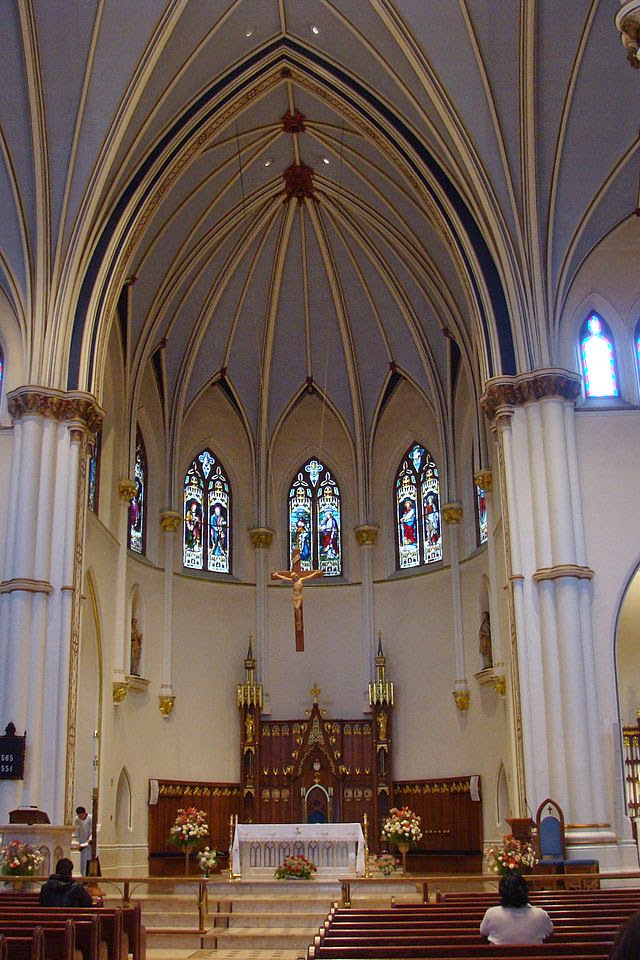 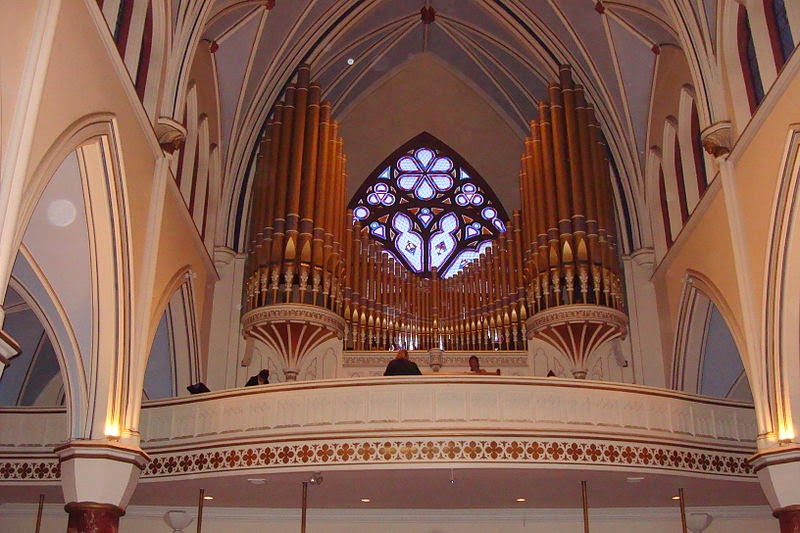 Like many Gothic cathedrals, stained glass windows are an important feature of Holy Rosary. There are 21 significant windows with pictorial displays. The oldest window is on the east wall of the Sanctuary next to the shrine of the Blessed Virgin—the Church Triumphant with the Risen Christ among saints and martyrs. The most gazed-at stained glass images must be the clerestory windows depicting Christ and the apostles in the sanctuary above the altar. The best-known windows whose heritage the Cathedral shares with all of Canada, are the Guido Nincheri windows. Nincheri is recognised as one of the most prolific religious artists of Canada for his large murals, frescoes and stained glass art. His work can be found in over 60 churches in North America. He created a series of five windows for the Cathedral over a span of a dozen years. It was in 1941 Archbishop W. M. Duke directed the Rector, Father John Miles, to solicit estimates for five stained glass windows by Guido Nincheri. It would take 13 years for the work to be completed. - See more about the heritage of the windows at http://www.holyrosarycathedral.org/heritage/windows/ 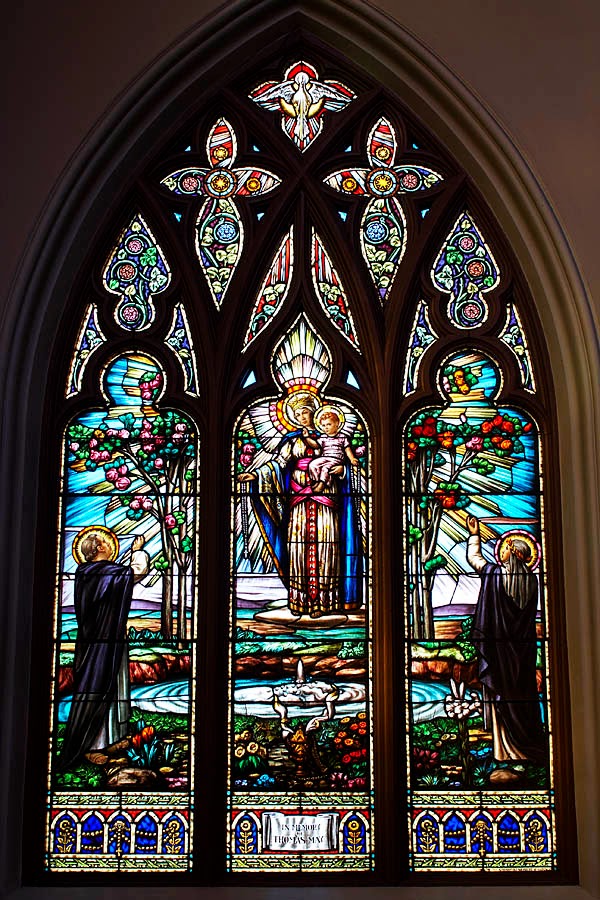 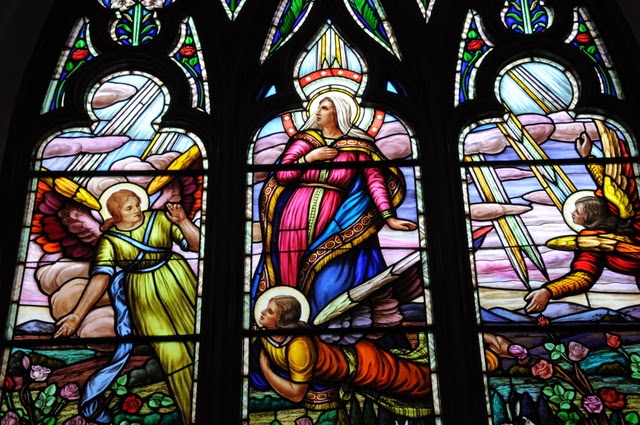 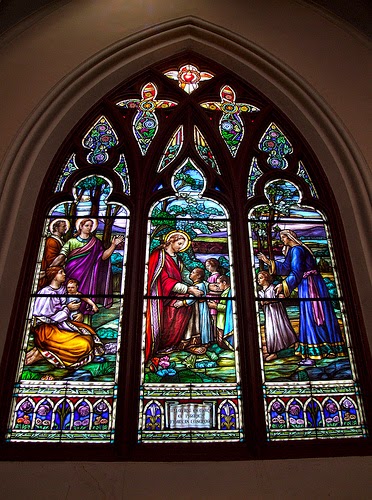 Catholicism isn't big in western Canada so this cathedral is the only one of its type here.  You might find others in eastern Canada because it was basically founded by the French, who are/were predominantly Catholic.  There is Christ Church Cathedral in Vancouver, but it is of the Protestant faith.  Because of this, Holy Rosary Cathedral is quite a tourist attraction as well as a working church with regular services, weddings, funerals, and the like.  To read more about the cathedral click here.

Are you having fun yet?  We're almost halfway through Round 15 already!!! and we are having great success with participation.  Don't forget to think of the heroic Denise Nesbitt, creator of ABC Wednesday, and the handsome Roger (HAIL to the chief!), our administrator.  Be sure to let him know if you'd like to be on the happy team of assistants who hurry over to about 10 contributors' blogs per week to honour them with their humble commentary.  Doing this will certainly heighten your own delight in ABCW.
Posted by Leslie: at Monday, September 01, 2014 46 comments: