C is for CHURCHILL's CHARTWELL

Last August, I had the privilege of visiting the family home of Sir Winston Churchill that is named Chartwell.  I could go on and describe everything we did, but suffice to say we spent the entire day there.  It was absolutely magnificent!  We were not allowed to take any interior photographs, but I did get lots of the exterior and the grounds.  I found the following online and it says it all, so enjoy reading it and watching my little slideshow that follows. And don't forget to turn up the sound.

Chartwell was the family home of Sir Winston Churchill from 1922 until his death in 1965. The house is situated 2 miles south of Westerham in Kent off the B2026 road.

Churchill loved the house, especially the view over the Weald of Kent. He modernised the originally rather gloomy Victorian mansion by adding a garden wing consisting of three large and attractive rooms. Churchill's wife Clementine made her contribution by choosing the comfortable furniture and floral chintz curtains. The

estate, consisting of 80 acres, gave Winston the peace and tranquility that he loved, and he relaxed by painting in the garden or in his studio and by transforming the grounds with new lakes, and robust brick walls built with his own hands.The Chart Well which rises on the western boundary of the site fed the existing lake and gave the estate its name.

During Churchill's first five years at Chartwell he was Chancellor of the Exchequer; this was followed by what has become known as his wilderness years in the 1930's when he was out of office and did much of his writing to keep the family finances afloat.

With the rise of Fascism in Europe, Churchill passionately argued the case for rearmament, and his inspired leadership during the war years are a permanent part of our history. Chartwell was closed up during the war years, except for the occasional visit. Despite his election defeat in 1945, when the public craved change and a new beginning, he was still widely acknowledged as the greatest living Englishman, and Chartwell

soon became a shrine to to his wartime achievements. In 1947, a group of Churchill's friends purchased the house so that he could continue living there and, in 1966, Chartwell was opened to the public for the first time.

Churchill's beloved view of the weald of Kent from the terrace was spoilt when the great Storm of 16th October 1987 devastated the woodland landscape on the hillside directly opposite. It will be many years yet before it regains its original character.

Churchill was the greatest orator of his day, the greatest leader of the Second World War, the greatest statesman of his age, and the greatest Englishman of the twentieth century, perhaps of all time. The debt owed to Sir Winston Churchill by the free world remains immeasurable. (from here)

Thanks to the charming Mrs. Nesbitt, the creator of ABC Wednesday, and to the charismatic Roger, our current administrator. Together with the team, they cultivate excitement among the contributors and communicate their caring and classy comments.

By the way, I am Canadian!

B is for BOATS

First of all, I'd like to put out a warm welcome to our "newbies."  The first week of Round 12 brought quite a few new contributors, and I hope they enjoy the challenge of ABCW, created by our beautiful Mrs. Nesbitt and administered by our brilliant Roger.

I don't know why I'm intrigued by boats because I've never owned one.  However, I seem to always be taking photos of them.  It doesn't matter if it's a cruise liner (been on 3 cruises), a sailboat, a fishing boat, a motor boat (used to water ski when younger), or a simple little rowboat.  My DL used to have a sailboat and would love to have another, but I'm a bit skeptical since we are "getting on."  But, look at his beaming face!  Doesn't he look brilliant - I know he's feeling blessed and blissful. 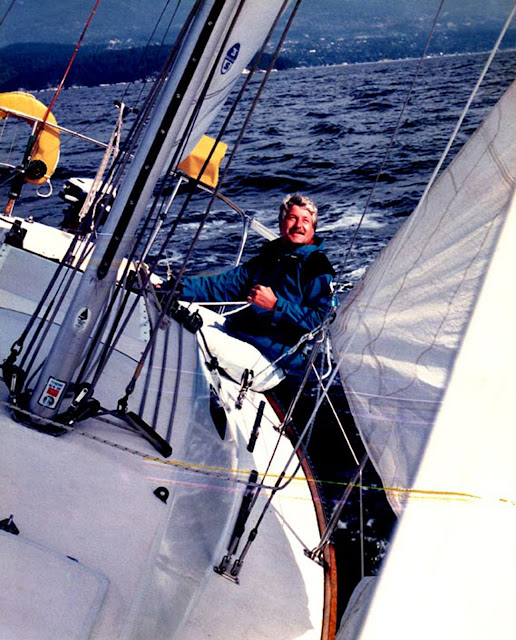 Anyway, I've put together a little slideshow of some of my photos of boats that I hope you enjoy.  Some are from when I was away in England and Wales last summer and some are from my own neighbourhood near Vancouver, British Columbia.

A is for ANDOVER

Welcome to Round 12 of ABC Wednesday, created by Denise Nesbitt and currently administered by our able-bodied and adorable Roger and his team of admirable assistants!  If you are new to ABCW, please be sure to read our guidelines (top left of the website) and link back to it so that others may enjoy our adventures!

This week, I'd like to introduce you to the town of Andover, which lies in Hampshire, England near well-known locales such as Stonehenge and Salisbury Cathedral. Every time I've travelled to England, I go there to stay with friends John and Marion.  They kindly allow me to get over any jet lag before we travel around the area taking in the sights.  Last summer, they took us to Chartwell, the home of Winston Churchill - I'll be showing you this awesome place in 2 weeks for the letter C.


Andover is also close to the New Forest, which "is a former royal hunting area in the south of England. It was created in 1079 by William I (known as William the Conqueror) as a hunting area, principally of deer.  It is a unique area of historical, ecological and agricultural significance, and retains many of the rural practices conceded by the Crown in historical times to local people. Principal of these is the pasturing of ponies, cattle, pigs and donkeys in the open Forest by local inhabitants known as commoners. The New Forest has also been an important source of timber for the Crown. It is an outstanding recreational area for walking and riding. It is now designated as a National Park."

Once, we took a drive through the area and actually saw wild horses roaming the countryside and small villages!  It's a beautiful part of England! We stopped for lunch at a typical village pub that has a thatched roof and was called "The Hatchet."  I remember having a traditional lunch of crusty bread and meat paté with Branston pickle!

The history of Andover goes back a long way to the mid-900's where King Edgar called a meeting of the Saxon parliament at his hunting lodge in the area.  At the time of the Domesday Book in 1086, Andover had a total population of about 500, making it quite a large settlement by the standards of the time.  By the early 19th century, it was a major stopping point on the stagecoach routes to London.  As a matter of fact, John commutes via automobile to London for his job.

If I could afford to live in England, I'd be airborne right now!  In the meantime, it's awesome to have good friends who always give me a warm welcome every few years.  Enjoy the slideshow and don't forget to turn up your sound.
Posted by Leslie: at Saturday, January 12, 2013 37 comments:

Z is for ZOO (London)

So far, I've managed each week to bring you a small part of my last holiday in England and Wales.  I was a bit stymied for the letter "Z" but I decided that even though I didn't have the chance to get to it, I would write about the London ZOO.  I did go past it on a canal boat on Regent Canal, but unfortunately my back acted up while I was in London, so a full day of being on my feet was not possible.  And on the news last week, it was mentioned that the ZOO has begun its annual week-long census of the 17,500 animals who reside there. "The zoological director, David Field, said it was vital the data they had stored on the animals was absolutely correct as the information forms the basis of international breeding programmes for endangered species."  Apparently, some species are harder to count than others.  For example, the endangered partula snails, because of their small size and camouflage techniques underneath leaves, must be counted by hand.  Also, the penguins tend to be uncooperative for photographers vying for position to catch a shot of them but the nine meerkats relish the attention!

"To be fair, the laborious count is not just a bureaucrat's idea of a joke. Precise numbers are needed by the International Species Information System, which oversees zoo breeding programmes to help save endangered species.  One species under threat is the Sumatran tiger, two of which are set to move to London Zoo when the new £3.6 million Tiger Territory enclosure opens this Spring." (from here)

Although I didn't visit the ZOO during my last trip to London, I will definitely go back to see it.  After about a half hour into our trip, as we drifted along Regent Canal in a canal boat, we saw the spot where you can get dropped off and picked up.  The birds were on one side of the canal, while other species were on the other.  It seemed as though the canal was winding its way through a thick jungle forest, even though we knew were in the middle of one of the biggest cities in the world!  I hope you enjoy this short slideshow of our boat ride along Regent Canal on the way to the London Zoo.
Great thanks to our own zealous zookeeper Mrs. Nesbitt (after all, she has 6 hens + a cockeral, 3 dogs, and one cat) for creating ABC Wednesday for all of us to enjoy.  Hmmm....I wonder if she grows zucchini!  Also, thanks to our current Administrator Roger who hopefully won't turn into a zombie from all the responsibility he has each week as he minds the site.  If he does, we can always toss him into the tiger zone as a zesty treat.  (Just kidding, Rog!) Okay, I'll zip my lip for now...go watch the slideshow.