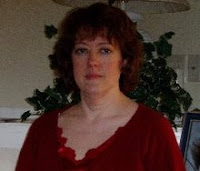 MOMMA, whose blog is entitled Poetic License. She lives in Maryland, USA, and this is what she says about herself. MWF, 45: Published author writes vignettes from "real life" (as opposed to fictional life). Born Southern, married a guy from "up North," had a couple of kids, and became overrun with animals. Pop over to visit her and tell her Leslie sent you.

Momma was the first to attempt the quiz and only got one wrong! Congratulations, Momma!
As promised, here are the answers to my little Mothers Day Quiz:
1. Who was the mother of Cain and Abel? Eve
2. Who is the mother of Rumer, Scout, and Tallulah? Demi Moore
3. Another name for terra firma? Mother Earth
4. Her nursery rhymes are part of childhood. Mother Goose
5. She was married to Abraham, the father of the Jewish nation. Sarah, mother of Isaac
6. Liza Minnelli’s mother starred in "The Wizard of Oz." Judy Garland
7. Who is the mother of Lourdes and Rocco? Madonna
8. She was famous for her good deeds in Calcutta. Mother Teresa
9. She was not a nice mother in the movie "Mommie Dearest." Joan Crawford
10. Who is Pebbles’ mother? Wilma Flintstone
11. Who is Bart, Lisa and Maggie’s mother? Marge Simpson
12. Who is considered the founder of Mother’s Day in America? Anna Jarvis - In 1912, a delegate from Andrews Methodist Episcopal Church in Grafton,West Virginia, introduced a resolution recognizing Jarvis as the founder of Mother's Day, and suggested that Mother's Day be observed on the second Sunday in May.
13. Who was John the Baptist’s mother? Elizabeth
14. Solomon was the wisest mortal who ever lived. What was his mother’s name? Bathsheba
15. Who is the best mother of all time? Mine or Me (you could each say that your own mother was the best OR you could say that YOU are the best mother.)
Thanks for playing along and I hope you all have a fabulous Mother's Day!
Posted by Leslie: at Saturday, May 10, 2008

I'm impressed, but then I shouldn't be surprised by your excellent knowledge because of your teaching background. This is such a lovely post for Mother's Day. I hope it is special for you.

Thanks so much for posting the quiz, Leslie! I enjoyed taking it!

I've had several new visitors as a result of this, which is quite an honor. I love my friends north of the border :-)

Very good! I just had a chance to see the quiz this morning (Sunday) and, well, I knew a few of them!!

ohmygosh Leslie, i missed a quiz. boo hoo hoo. you know how much i love to do these fun things. i didn't get a chance to blog visit last week. sorry i missed it.

Well, I'd never heard of Ellen Jarvis. How interesting.

Sorry I have come to it late but I am fascinated and informed by the answers.